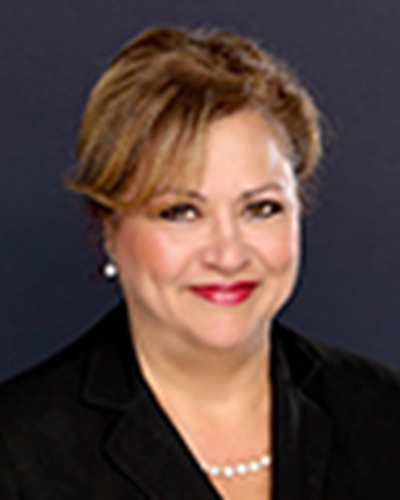 Justice Yvonne T. Rodriguez was elected to serve on the Eighth Court of Appeals effective January 1, 2013. She was born in Wiesbaden, Germany in 1958. Justice Rodriguez has previously served as Judge of El Paso County Probate Court No. 1. She was the first Hispanic female probate judge in the State of Texas. She graduated from Mary Hardin-Baylor with a B.A. in psychology and obtained her law degree from Baylor Law School. She was admitted to the State Bar in November 1993.

Prior to joining the Court, Justice Rodriguez was in private practice. Her practice consisted of criminal defense, mental health cases, child protective services cases, and family law. She has also served as an Assistant Attorney General, Assistant District Attorney, and an Assistant County Attorney. As an Assistant Attorney General in the Child Support Division, her focus was collecting and enforcing child support obligations in addition to establishing paternity. During her four years as an Assistant District Attorney, Justice Rodriguez prosecuted criminal cases from misdemeanors to felonies. She spent two of those years at the narcotics taskforce prosecuting drug cases. At the County Attorney's office, she was assigned to the child protective services unit and represented the State of Texas in child abuse cases. She currently teaches at the University of Texas in the Criminal Justice Department.

Before returning to school at age twenty-eight, Justice Rodriguez obtained her GED at nineteen and worked for nine years. During that time, she supported herself as a filing clerk, telephone sales, bank teller, credit and collection manager, waitress, and retail sales.

Justice Rodriguez was raised in a military family and was educated in Texas and Australia. She is single with one daughter.