The Mystery of the "Sam Houston" Bible

The Chief Justices of the Texas Supreme Court have used a plain, unassuming King James Bible to inaugurate governors and other elected officials for over 150 years. Notable figures of Texas history like John Hemphill, James Hogg, "Ma" Ferguson, and former President George W. Bush have laid their left hand upon it and raised their right, swearing allegiance to the state and its laws. But perhaps the most interesting aspect of the book lies in the mystery of its origin. Here at the Court, the Bible is commonly believed to have once belonged to Sam Houston. Hence, for many years the book has been referred to as the "Sam Houston Bible." Chief Justice Wallace B. Jefferson’s interest in illuminating Texas’ legal history led to an investigation into the Bible’s past. 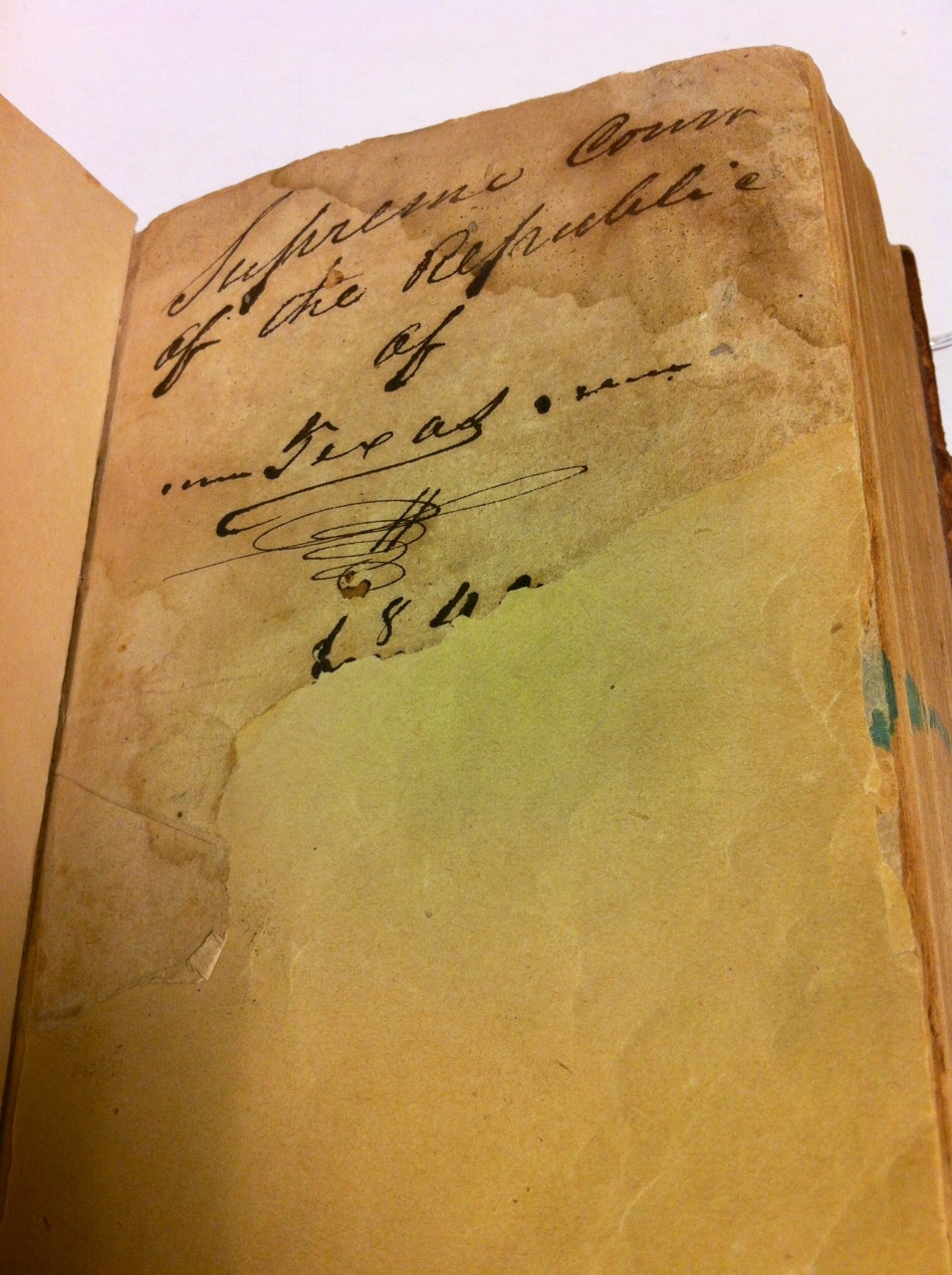 The Bible itself — an almost pocket-sized book, bound in simple brown sheepskin — has a plain, hand-drawn cross on the back cover, and an antique Supreme Court seal inked onto on the front. Gently opening the book reveals an inscription on the flyleaf in an archaic hand: "Supreme Court of the Republic of Texas, 184[-]." The last digit is missing—at some point, the page was torn in half, right through the date.[1] Although the Old Testament’s imprint was also torn out, the New Testament has its own title page, which states: "Hartford: Printed by Hudson & Co., 1816."[2] 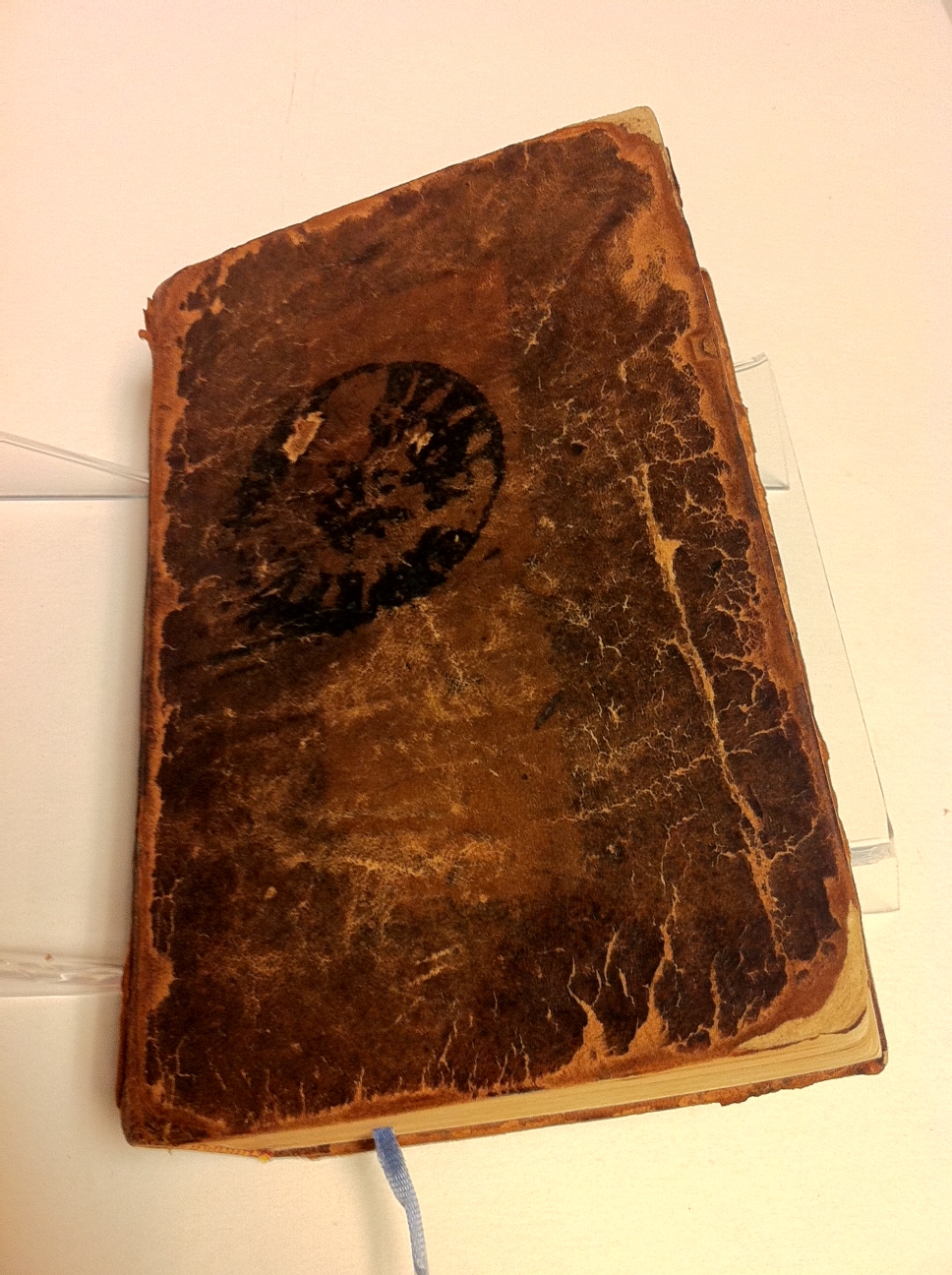 Arguably the best source of information about the Bible, former Chief Justice Joe Greenhill was already too ill to be interviewed at the time of the research. However, former Clerk of the Court John Adams explained that he'd heard about the Houston connection from former Chief Justice Tom Phillips, who was told by Chief Justice Greenhill that he himself had seen Houston's signature in the Bible while a briefing attorney in the 1940s. The story repeated at the Court tells of the substantial theft of Court records in April, 1972, including the ripping of Sam Houston's signature from the Bible for sale on the black market — an act that has been duplicated too often by criminals who steal historic court records for private gain.[3] However, the flyleaf has at least been torn since before January 1941, as the obscured date is described in a Pampa Daily News article from that year.

While Clerk of the Court, Adams visited the State Archives to compare the remaining handwriting with known Houston documents. According to Adams:

The first written reference connecting the Supreme Court’s Bible to Houston occurs in a 1929 Abilene Reporter-News article, which states that Governor Dan Moody was sworn in with "his left hand upon the Sam Houston Bible." The next written reference is not until 1987, in the inauguration information for Governor William P. Clements. In 1995 then-Governor George W. Bush directly describes the Bible as "Sam Houston's own" in the transcript of that inaugural address. But twenty-six other newspaper articles spanning nearly every decade  between 1895 to 1975 that discuss the Bible make no mention of the ownership connection with Houston. An 1895 article in the Austin Daily Statesman noted that the Bible was used to swear in Houston as Governor in 1859, and John Hemphill as Chief Justice, potentially as early as 1841. A Breckenridge American article from 1955 claimed that the Bible used in that year’s ceremony had been used continuously since 1840. A 1973 Austin American-Statesman article focused heavily on the Bible, describing the inscription and ripped flyleaf. All of the articles refer to the "Supreme Court Bible" or the "Bible for the Inauguration"—with no mention of Houston. Oddly, an 1897 article in The Southern Mercury referred to the inaugural Bible as having once belonged to the Alamo hero Jim Bowie. But if Houston had signed the Bible, and the signature was there at least up to the 1940s when Chief Justice Greenhill saw it, why didn’t any of these sources report the connection? 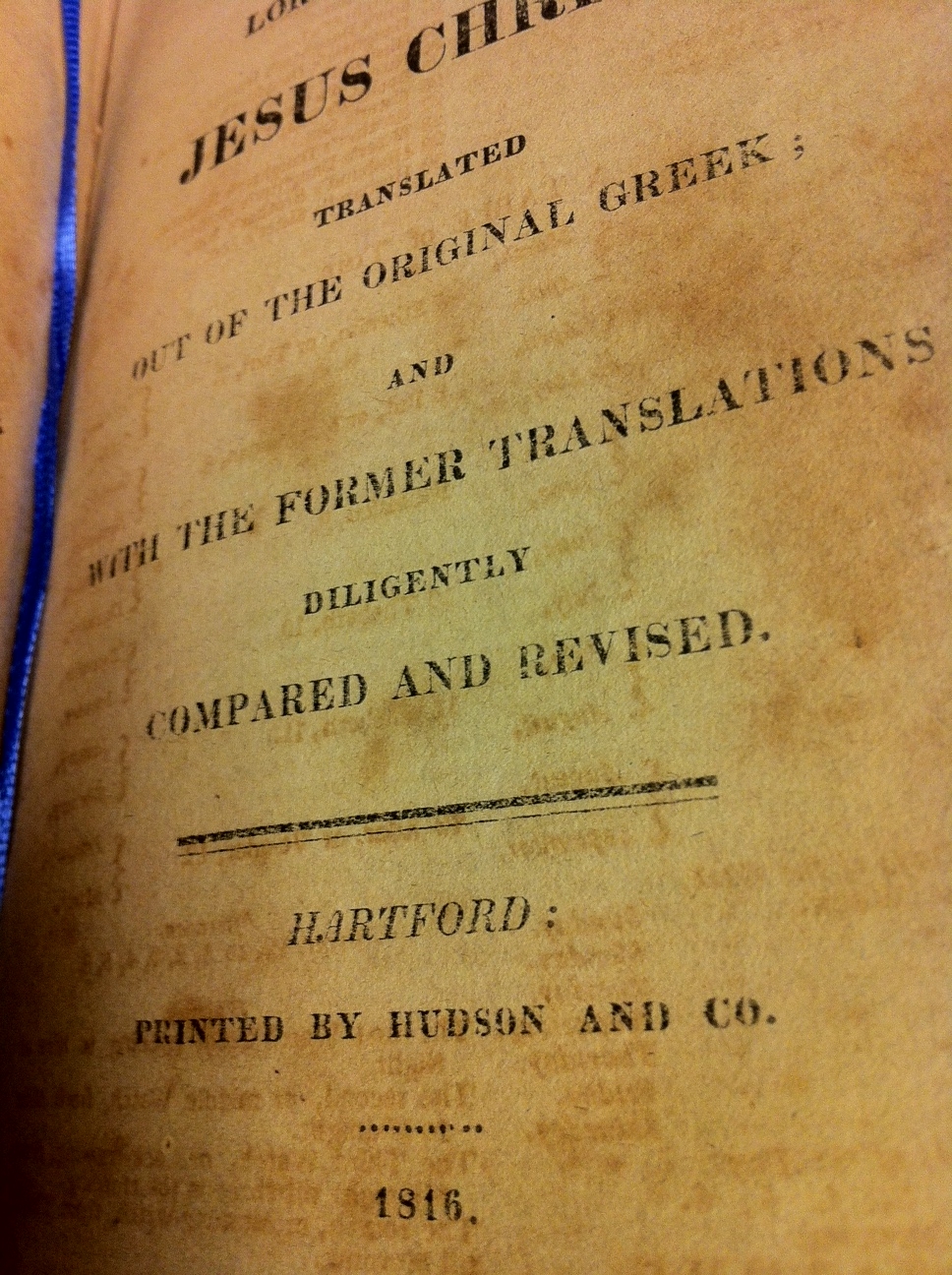 Nevertheless, three Texas historians and rare book experts, who recently examined the Bible at Chief Justice Jefferson’s request, determined that the writing in the Bible is Houston’s. Dorothy Sloan, rare books dealer and Houston expert, came to the Court and personally scrutinized the inscription in the Bible. She concluded that the handwriting closely matches verified samples of Houston’s. After reviewing a photograph of the inscription, Mac Woodward, director of the Sam Houston Museum in Huntsville, was of the same opinion. Prominent Houston scholar and biographer, James L. Haley, also agreed that the Bible is an authentic Houston artifact:

"…I can say with a high degree of confidence that the inscription is indeed in his hand. The formation of the letters is uniformly consonant with all that I have seen, and the rubric, especially, is unquestionably his personal finial."

It seems the experts agree: the handwriting is Houston’s, from the Texas Republic era prior to 1846. We may never know for certain where the Bible came from, but the lore surrounding its origins only adds to its mystique.

Research and writing by Tiffany Shropshire Gilman. Originally published in the Journal of the Texas Supreme Court Historical Society, Summer 2012, Vol. 1 No. 4. Edited 2014.