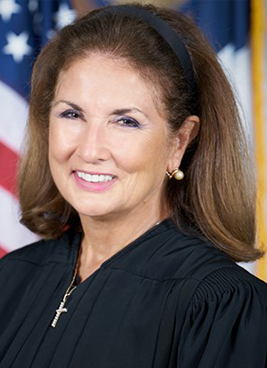 Before joining the court, Justice Alvarez was in private practice for 25 years. She primarily practiced in state and federal courts in South Texas, and handled complex civil trial matters. She began her career in San Antonio with (then) Thornton, Summers, Biechlin, Dunham & Brown and then moved to Butler & Binion. Returning to her South Texas Border roots, she established The Alvarez Law Firm, P.C. in Laredo, Texas before beginning her service on the Fourth Court of Appeals.

Justice Alvarez is Board Certified in Personal Injury Trial Law by the Texas Board of Legal Specialization. At the time of her election, Justice Alvarez had earned a Martindale-Hubbell "AV Preeminent" peer review rating. In addition to being a member of the Texas bar, she is admitted to practice before the United States Supreme Court, the United States Courts of Appeals for the Fifth Circuit and the District of Columbia Circuit, in all federal District Courts in Texas, and all state courts in Florida.

Justice Alvarez is an active member of the American Board of Trial Advocates (ABOTA); she currently serves as the ABOTA-San Antonio treasurer. As a member of the State Bar of Texas, she served as a Director of District 12, Panel Chair of District 12 Grievance Committee, Chair of the Professional Development Program, a member of the Pattern Jury Charge Committees (Volumes 1 and 2), a trustee of the Texas Bar Foundation and a Board Member of the State Bar College. She is past president of the Mexican-American Bar Association of Texas and chair of the Hispanic Issues Section of the Texas State Bar. Presently, she serves as a member of the Pattern Jury Charge Committee in Oil & Gas. She is a frequent lecturer at international, national, and statewide forums on various areas of civil law.

Justice Alvarez is a former member of UTSA Alumni Board of Directors and currently a member of the UTSA Advisory Council on Public Policy, the San Antonio Rotary Club, SA-100, and Leadership Texas (Class of 2008). Justice Alvarez spends time with her grandchildren, scuba diving, or in her yoga practice.