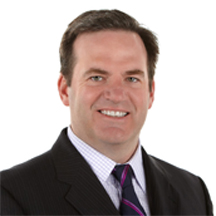 Scott E. Stevens was born and raised in Longview, Texas.  He received his Bachelor of Arts degree from Texas Christian University in 1991, and received his J.D. degree from South Texas College of Law in 1994.  He also has a L.L.M. in Business Transactions from the University of Alabama School of Law.

After completing law school, Justice Stevens practiced law in Longview for 24 years, and represented clients in state and federal courts in Texas, and various federal courts throughout the United States. He has been Board Certified by the Texas Board of Legal Specialization in Personal Injury Trial Law since 2002.

Justice Stevens's judicial career began on November 6, 2018, when he was elected as a Justice of the 6th Court of Appeals in Texarkana.

Justice Stevens has been married to Lainey Godsey Stevens since 1995 and has two children. He is a member of Trinity Episcopal Church in Longview. He has also served on several boards in Longview.