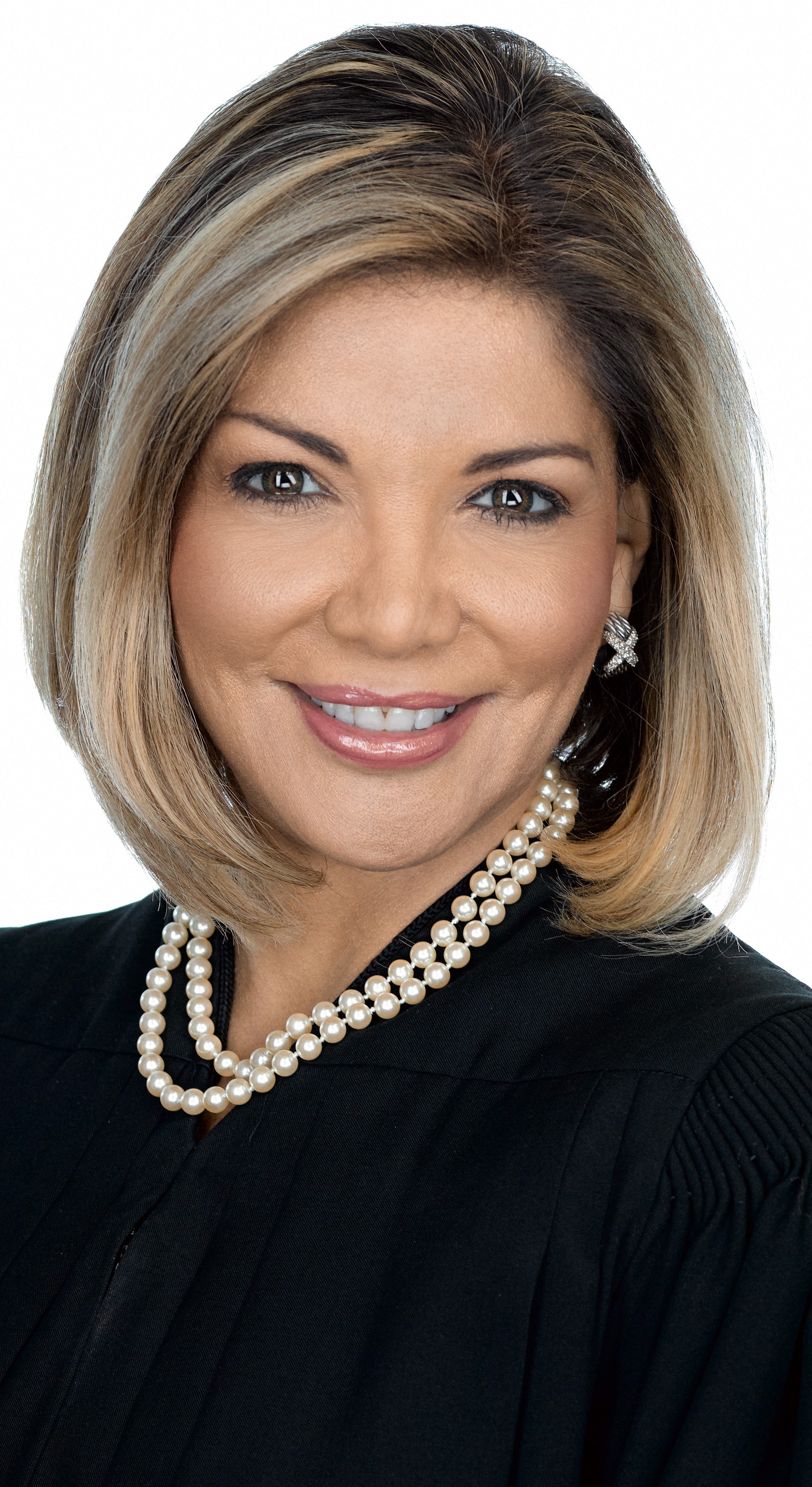 Justice Eva Guzman has served at three levels of the Texas judiciary.  She began her judicial service on the 309th District Court in Harris County, following an appointment by former Governor George W. Bush.  After ascending to the Houston-based Fourteenth Court of Appeals, Justice Guzman ruled on thousands of complex civil and criminal cases and authored hundreds of opinions in nearly a decade of service as an intermediate appellate court judge.  In 2009, former Governor Rick Perry appointed Justice Guzman to fill a vacancy on the Supreme Court of Texas.  When she was elected to a full term in November 2010, she became the first Hispanic woman elected to statewide office in Texas.  Six years later, she made history twice more: she received the most votes ever in a Texas Republican Party primary with 1.27 million votes and won re‑election that November with a record‑setting 4.88 million votes—the highest vote total for any office in Texas election history.  Now in her 21st year on the bench, Justice Guzman has consistently received high marks in judicial evaluation polls.

Justice Guzman’s commitment to legal excellence has been recognized by national, state, and local organizations.  The John Ben Shepperd Public Leadership Institute honored her with the Outstanding Texas Leader award during the 2015 Texas Leadership Forum, and she was named Appellate Judge of the Year in 2016 by the Texas Association of Civil Trial and Appellate Specialists.  Her dedication to mentorship and women’s rights has been recognized with the Sara T. Hughes Lawyers of Achievement Award and the Association of Women Attorneys’ Premier Women in the Law Modern Trailblazer award.  Justice Guzman also holds Pathfinder awards from both the Texas Women Lawyers and the Travis County Women Lawyers Association, and she was an early recipient of the Texas Executive Women Women on the Move® award.  The Hispanic Bar Association of Houston awarded Justice Guzman a Lifetime Achievement Award in 2016, and before that, the National Hispanic Bar Association honored her as Latina Judge of the Year.  Justice Guzman’s significant career accomplishments and community leadership have been recognized with many honors, including the 2014 Alumni Impact Award from her alma mater, South Texas College of Law.

Judicial work is the beginning, but not the end of Justice Guzman’s public service.  In 2016, she organized the inaugural Beyond the Bench: Law, Justice, and Communities Summit, a first-of-its-kind assembly of judges, law‑enforcement officers, public servants, and national, state, and community leaders with a mission to strengthen trust and confidence in our justice system by addressing issues of unconscious bias.  As Chair of the Supreme Court of Texas Permanent Judicial Commission for Children, Youth and Families, Justice Guzman has worked with leaders across the state for more than a decade to foster the well-being of Texas’s most vulnerable children and families and to improve safety and permanency outcomes.  As adjuncts to those efforts, she helped found the Texas Judicial Commission on Mental Health and allied with a consortium led by U.C. Berkeley’s Goldman School of Public Policy to create resources to better prepare Texas judges for Hague Convention cases involving domestic violence.  As a Senior Fellow of the American Leadership Forum, Justice Guzman has a long track record of community service and has devoted many volunteer hours to organizations committed to children, including service on the boards of Texas Court Appointed Special Advocates, The Escape Center, Wesley Community Center, and the Houston Area Chapter of the American Red Cross.  For the past seven years, Justice Guzman has also been the Texas Supreme Court’s liaison to the Texas Access to Justice Commission, an organization dedicated to expanding legal access in civil legal matters for low‑income Texans.

Among other engagements, Justice Guzman is currently serving as Chair for the prestigious Appellate Judges Education Institute’s 2021 Summit.  She is also a member of the Board of Trustees for The Center for American and International Law; the Board of Trustees for South Texas College of Law; and the Board of Visitors for Duke University School of Law.  Since 2005, she has been a member of the American Law Institute and is a former board member for the Garland Walker American Inns of Court.

Before taking the bench, Justice Guzman enjoyed a successful ten-year litigation career in Houston.  She holds a B.B.A. from the University of Houston, a J.D. from South Texas College of Law, and an LL.M. from Duke University School of Law.