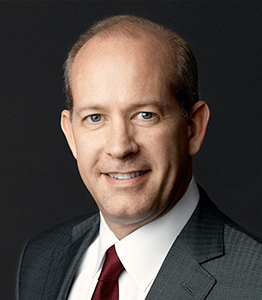 Justice Kevin Jewell was elected to the Fourteenth Court of Appeals on November 8, 2016.  Prior to his election, Justice Jewell was a litigation and appellate shareholder at Chamberlain, Hrdlicka, White, Williams & Aughtry in Houston, Texas, where he chaired the firm’s appellate practice group.  Before taking the bench, he handled hundreds of appeals and presented oral argument in over 100 cases collectively in the Supreme Court of Texas, all intermediate appellate courts in Texas, and several United States courts of appeals.  Justice Jewell has been Board Certified in Civil Appellate Law by the Texas Board of Legal Specialization since 1998.  For over ten years, he was recognized as a Texas Super Lawyer by Super Lawyers Magazine.  Justice Jewell is a member of the State Bar of Texas and Houston Bar Association, and a fellow of the Texas Bar Foundation.   He is a former adjunct professor at the University of Houston Law Center.