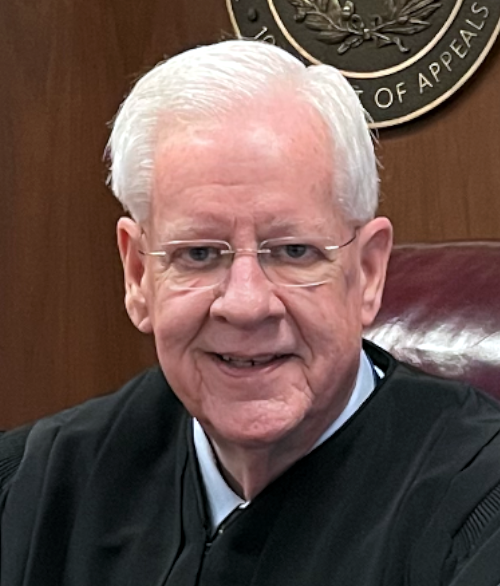 Justice Smith is a graduate of Abilene Christian University and the University of Texas School of Law. Following his law school graduation in 1977, Justice Smith engaged in private practice in the Bryan/College station area with Dillon & Giesenschlag; Dillon, Lewis, Elmore & Smith; and Hoelscher, Lipsey, Elmore and Smith. He also served as Municipal Judge for the City of College Station from 1988 through 1994.

Justice Smith is a Sustaining Life Fellow of both the State Bar of Texas and the American Bar Association. He holds a Certificate in General Jurisdiction Trial Skills from the National Judicial College, and has served as a faculty member since 2002. He has also taught judicial education courses for the Texas Center for the Judiciary and judicial education entities in 13 states. During 2010-2011, Justice Smith was Chair of the Judicial Section of the State Bar of Texas and received a Presidential Commendation from the Bar.

Justice Smith has a long record of volunteer service in the Bryan/College Station community. He presently serves on the Board of Directors of Foster’s Home for Children in Stephenville, was a Trustee for Abilene Christian University from 2001-2017, and is now a Trustee Emeritus of ACU. He and his late wife, Becky, are the parents of Christopher, president of a technology firm in Abilene and Laura, an attorney in Washington, DC.