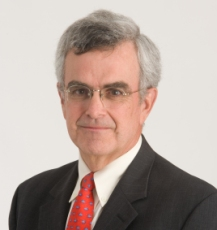 Justice Randy Wilson was appointed to the Fourteenth Court of Appeals by Governor Greg Abbott in December 2020, effective January 2021. Prior to his appointment, Justice Wilson was a partner at Susman Godfrey, and is board certified in Civil Trial Law by the Texas Board of Legal Specialization. He was elected to the American Board of Trial Advocates. Chambers USA named Wilson as one of the leading commercial litigators in America.

In 2003, Judge Wilson was appointed Judge of the 157th Judicial District Court in Harris County where he served for 15 years. He was twice selected as Trial Judge of the Year by the Texas Association of Civil Trial and Appellate Specialists. He was appointed as a Special Justice of the Texas Supreme Court to hear an appeal of a large commercial case. He is only one of two persons ever to have been named by Law Dragon as one of the 500 Leading Judges in America and also one of the 500 Leading Lawyers in America.

He is a former board member of Star of Hope and Main Street Ministries and an Elder at First Presbyterian Church of Houston. Judge Wilson received a Bachelor of Arts in Political Science from The University of Texas at Arlington and a Juris Doctor degree from the University of Houston Law School where he graduated first in his class