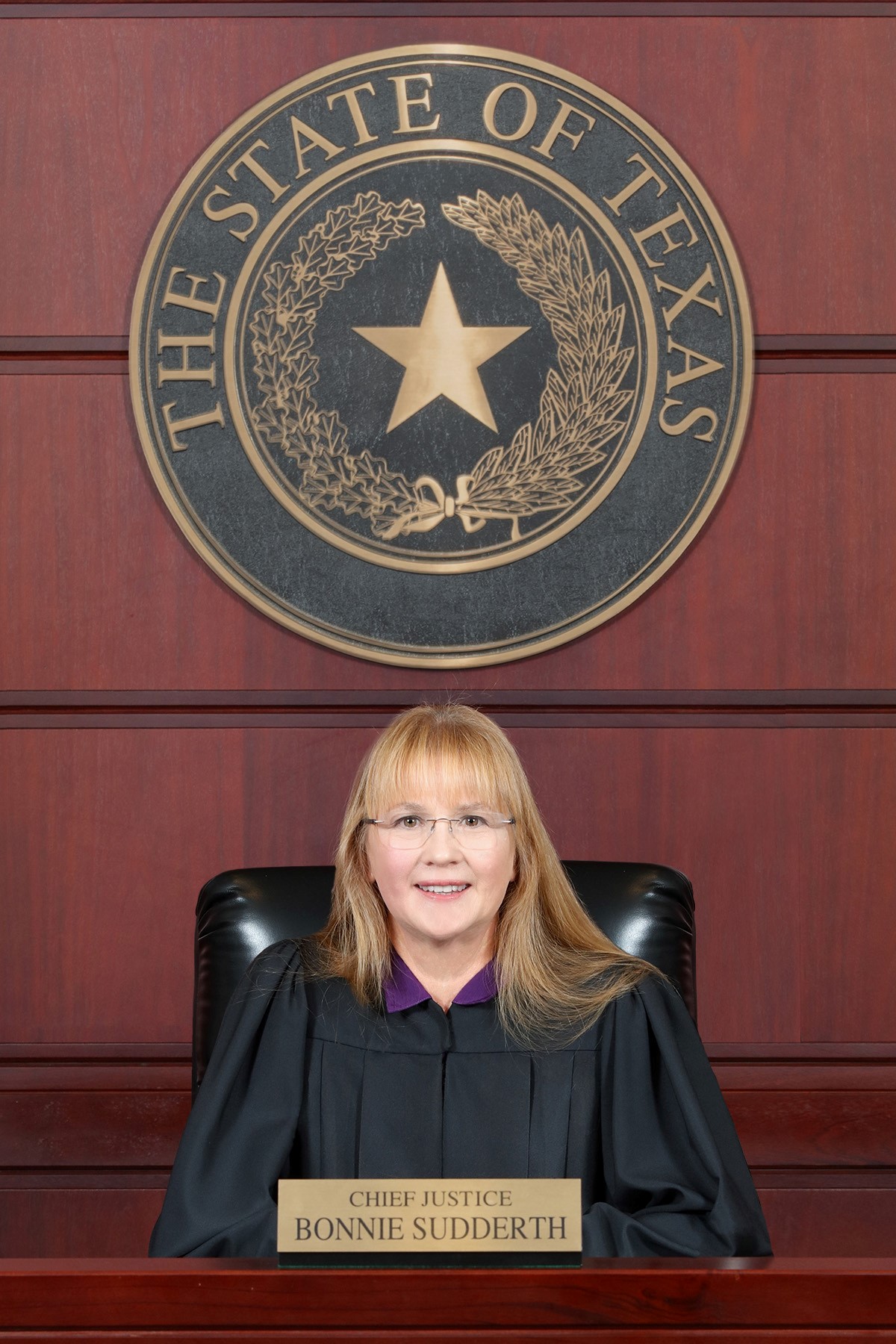 Prior to her appointment to the Second Court of Appeals in 2015, Chief Justice Bonnie Sudderth served as a trial court judge for 25 years – six years as a judge and chief judge of the Fort Worth Municipal Courts and almost 19 years as a state district judge in Tarrant County.

Chief Justice Sudderth is active in the Eldon B. Mahon Inn of Court as an Emeritus Master of the Bench, Past President, a member of the Honorary Serjeant’s Inn and as a James B. Barlow Emeritus Fellow.  On two occasions, she has participated as a delegate from the American Inns of Court to the Middle Temple and Inner Temple English Inns of Court in London.

A prolific writer and speaker on legal topics, Chief Justice Sudderth has twice received the “Outstanding Series of Articles” award from the State Bar of Texas. She is Board Certified in Civil Trial Law and Personal Injury Trial Law and is a former Commissioner for the Civil Trial Examination on the Texas Board of Legal Specialization.

Chief Justice Sudderth earned a Bachelor of Science in Public Affairs and Public Administration from the University of Southern California in 1982 and J.D. from the University of Texas Law School in 1985.  During those years she also studied abroad, both in France and England.  But believing that education and learning should be an ongoing endeavor, Chief Justice Sudderth returned to law school more than 30 years later.  In May, 2020, she received her LLM in Judicial Studies from Duke University Law School.