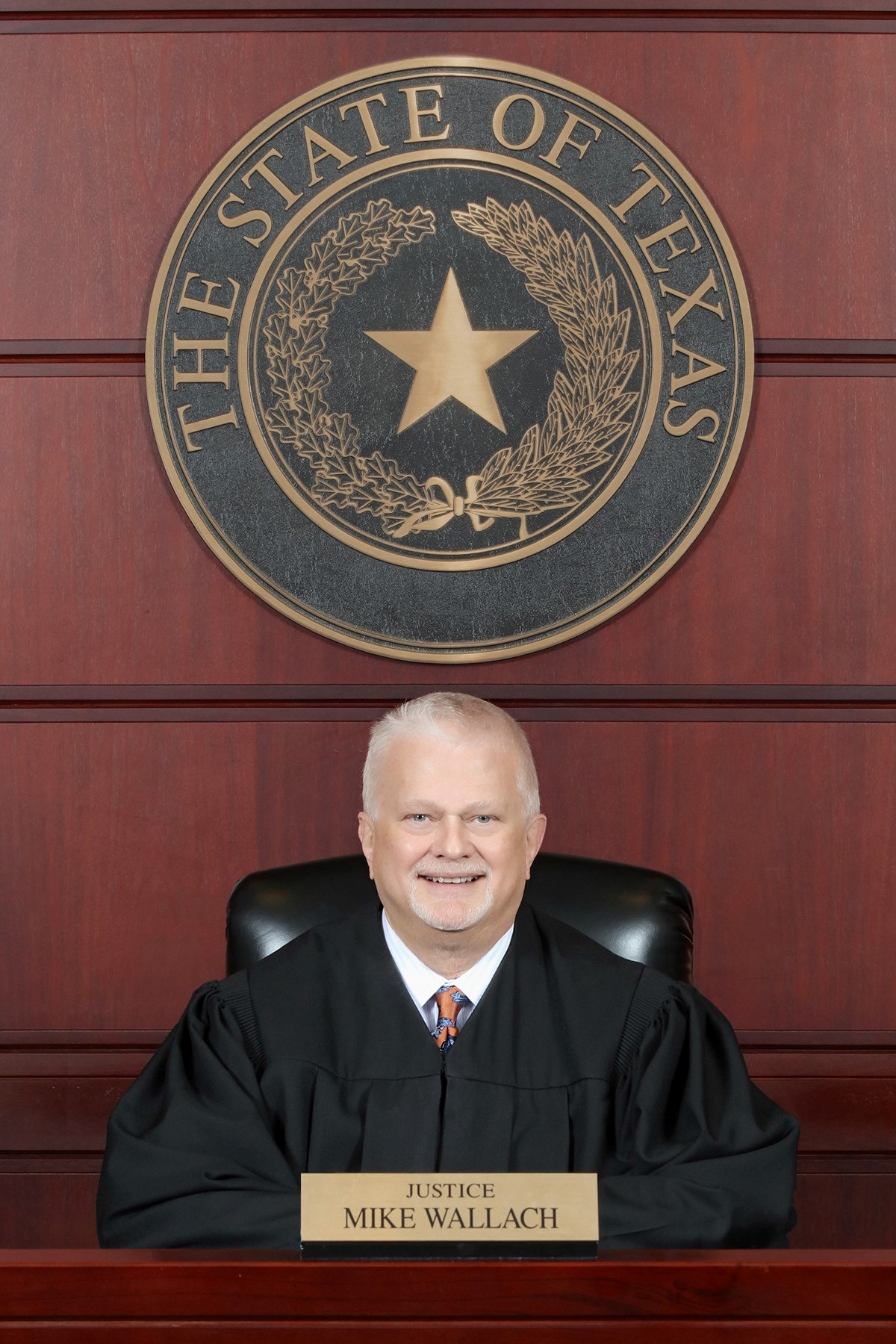 Prior to beginning his judicial career, Justice Wallach practiced trial law for thirty-seven years. He was board certified by the Texas Board of Legal Specialization in Personal Injury Trial Law and as a Civil Trial Specialist by the National Board of Trial Advocacy, becoming a Judicial Fellow in that organization upon becoming a judge. He is an Emeritus Member of the International Association of Defense Counsel and a former member of the Defense Research Institute and the Federation of Defense and Corporate Counsel. He also served as an officer or director of the Texas Association of Defense Counsel for many years, including serving as its President in 2001-02.

Justice Wallach has been an active supporter of the organized bar. He is a long-time member of the State Bar of Texas and the Tarrant County Bar Association. He has been an active participant in continuing legal education activities sponsored by various bar groups, including the State Bar of Texas and the Texas Association of Defense Counsel. He is a Life Fellow of the Texas Bar Foundation and a Sustaining Charter Member of the Tarrant County Bar Foundation. He is also a long- time member of the Texas Bar College.

Justice Wallach has been married to his high school sweetheart, Susan, since 1975. They have three adult children and four grandchildren, all of whom live in the Tarrant County area. He is a Mason and serves as a member of the Board of Governors of Shriners Hospitals for Children-Galveston. He also is a member of Lions International and the Colleyville Lions Club.