Martha Greenhill Dies in Austin at 100

Martha Greenhill, who with unsurpassed grace fortified her husband Joe R. Greenhill's career as the second-longest-serving justice in Texas Supreme Court history and her own presence in the Austin community and society, died Wednesday in Austin at 100.

Her family called her "GG."

Services will be at 2:30 p.m.Tuesday, May 8, at St. David's Episcopal Church in Austin, where she was a longtime member.

"Martha was a good friend and great champion of the Texas Supreme Court," Chief Justice Nathan L. Hecht said. "She was a full partner with her husband in his quarter century of service as justice and chief justice and continued to be part of the Court family to the end of her life."

"She was remarkable," former Chief Justice Thomas R. Phillips said. "Always happy, always optimistic and yet possessed of a wicked sense of humor. She was an inspiration to generations of the Court family in many, many ways."

Chief Justice Greenhill, who took his seat on the Court as junior justice in 1957, became chief justice in 1972 and served until his retirement in 1982. When he retired he was then the longest-serving justice in Court history. He died in 2011 at 96. 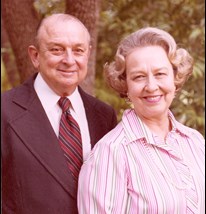 “So long I have loved Joe and Martha Greenhill,” said U.S. Circuit Judge Thomas M. Reavley, who served with Justice Greenhill on the Texas Supreme Court from 1968 through mid-1977. “Very special, very dear and we are so grateful.”