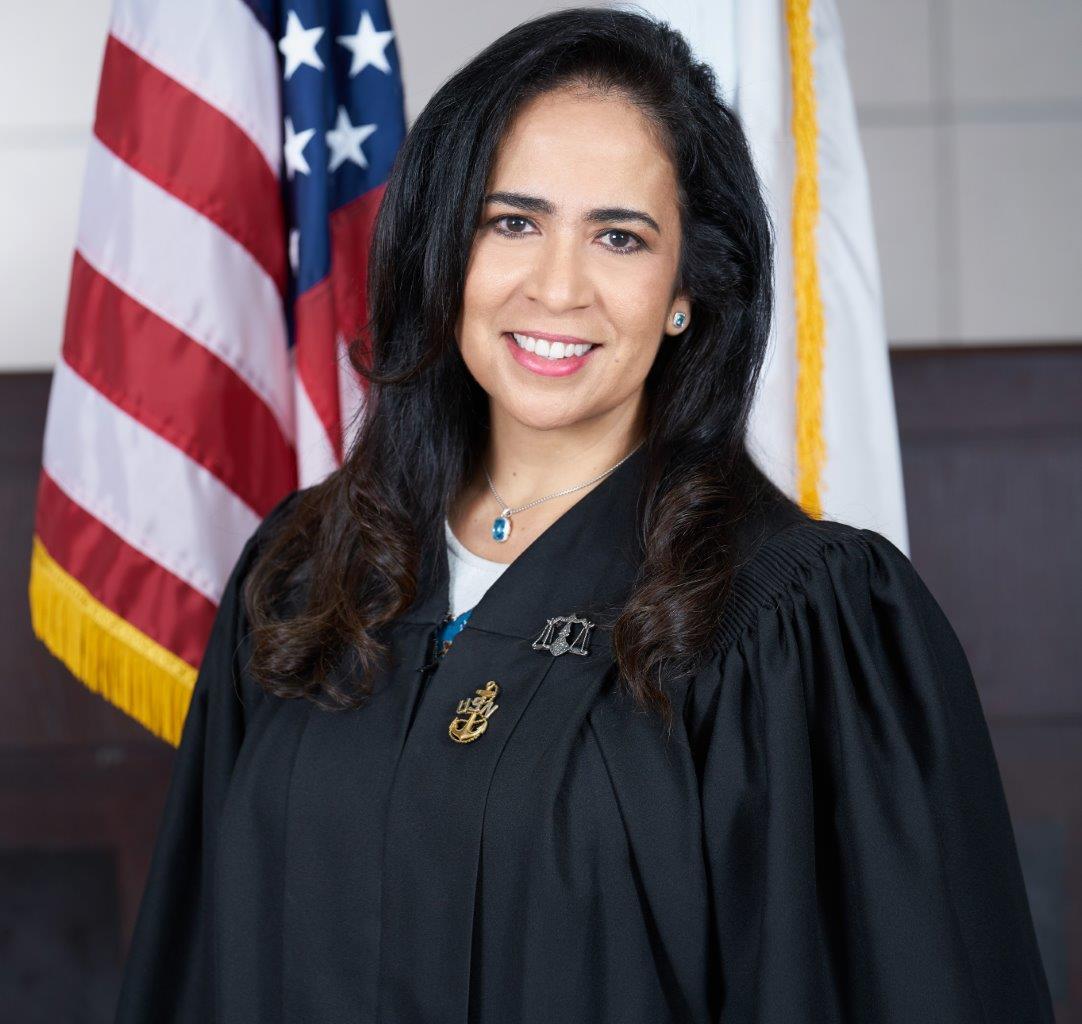 Chief Justice Rebeca C. Martinez is the second of five children born to Antonio F. Martinez, a Vietnam War veteran, and his wife, Manuela, of almost 60 years. She has lived in military bases all around the country and moved to Corpus Christi, TX just before her father's retirement. Chief Justice Martinez graduated from Incarnate Word Academy with honors and later earned distinction as a University Scholar at Southern Methodist University in Dallas, Texas.

Chief Justice Martinez received her law degree from Boston University School of Law in Boston, Massachusetts and upon graduation was the honored recipient of the Faculty Award. After clerking with a large prestigious Boston law firm, Mintz, Levin, Cohn, Ferris, Glovsky & Popeo, P.C., Chief Justice Martinez returned to Texas to serve with U.S. Magistrate Judge for the Southern District Eduardo de Ases, and later for Justice Federico Hinojosa on the Thirteenth Court of Appeals.

Chief Justice Martinez also served as Of Counsel to the Law Offices of Ramon Garcia, P.C. in Edinburg, Texas, one of the Top 100 Trial Lawyers in Texas. As President of her own litigation practice for almost 14 years, managing 3 offices and as many as 16 employees, Rebeca continued to represent individuals and entities involved in multi-party litigation both in state and federal court, including actions involving toxic tort, product defect, premises and property liability claims. After moving to San Antonio, Chief Justice Martinez enlarged her practice to include family law and criminal defense in civil and criminal trial courts in Bexar County and across South Texas.

Chief Justice Rebeca Martinez was elected to the Fourth Court of Appeals on January 1, 2013.

As a member of the State Bar Pro Bono College, the College of the State Bar, the Joseph M. Pritchard Inn, the William S. Session Inns of Court, among others, Chief Justice Martinez has been recognized for her outstanding service to the legal profession and to the public. She is a Sustaining Life Fellow of the Texas Bar Foundation and the San Antonio Bar Foundation and has served on the Board of Directors of the National Association of Woman Judges, the Curriculum Committee for the Texas Center for the Judiciary, and the Mexican American Bar Association, to name just a few. She is a frequent author and speaker at continuing legal education programs hosted by the State Bar and affinity groups.

Chief Justice Rebeca Martinez currently serves on the Dean’s Advisory Board of her alma mater, Boston University School of Law, the Purple Campaign, and the University of Texas’ LBJ School of Public Policy’s Women’s Campaign School. She is serving a second term on the Board of Directors of the State Bar of Texas Judicial Section. She currently lives in San Antonio, Texas, with her husband David and family.