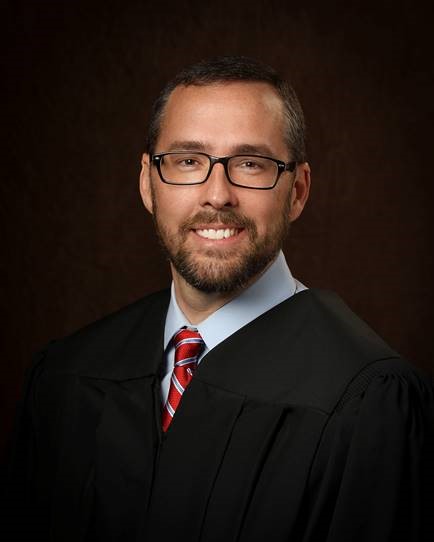 Justice Bill Pedersen, III, was born and raised in Nacogdoches, Texas. He attended Texas Tech University, graduating in the spring of 1998, earning a Bachelor of Arts in History, with minors in Spanish and Philosophy. He obtained his law degree from Baylor University School of Law in 2001. His father, Bill Pedersen, Jr., is also a Baylor lawyer. While at Baylor, he was admitted to the Order of Barristers and as a student assistant to the professors administering Baylor Law School’s Practice Court program. Immediately after graduating from Baylor Law School, at the age of 24, Justice Pedersen went to work as a Collin County Assistant Criminal District Attorney. Justice Pedersen tried over sixty criminal jury trials to verdict as a prosecutor. While at the Collin County District Attorney’s Office, Justice Pedersen also served as Chief of the Domestic Violence section of the Family Justice unit. In September of 2003, Justice Pedersen left the Collin County Criminal District Attorney’s office to enter private practice. Justice Pedersen represented clients in criminal and civil litigation matters in both Texas and Federal courts. He has managed complex litigation matters for foreign corporations, local businesses, and individuals. Justice Pedersen is admitted to practice before the United States District Courts of both the Northern and Eastern Districts of Texas, and the United States Court of Appeals for the Fifth Circuit. He is AV Rated by Martindale Hubbell.