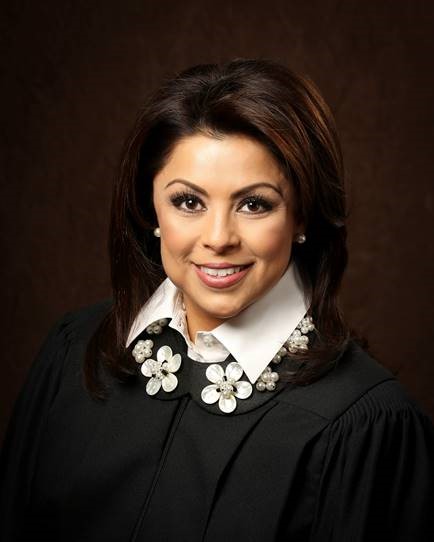 Justice Robbie Partida-Kipness was elected to the Fifth District Court of Appeals on November 6th, 2018. She is the first Hispanic to serve on this court. She was born and raised in New Braunfels, Texas. Justice Kipness attended the Universities of Texas at Austin and San Antonio and received her law degree from St. Mary’s University School of Law where she was a member of Phi Delta Phi Legal Honor Society. Justice Kipness put herself through law school while clerking for The Law Offices of Jeffrey Anderson in San Antonio focusing on medical malpractice cases in both federal and state court.

After graduating from law school in 1998, Justice Kipness moved to Dallas to begin her legal career as a civil litigator with the medical malpractice law firm of Morgan & Weisbrod where she focused on birth injury cases. She went on to join the law firm Silber Pearlman where she litigated thousands of products and premises liability cases throughout Texas. She gained extensive experience in settlement negotiations and mediations. In 2008, Justice Kipness opened The Kipness Law Firm, P.C., where she specialized in automobile accidents, premises liability, and medical malpractice cases. For the past ten years she was frequently appointed to serve as a court appointed guardian ad litem in personal injury cases in Dallas District and County Courts. Justice Kipness was also frequently appointed to serve as a Special Commissioner for the State of Texas in land condemnation cases. She brings 21 years of civil litigation experience to the bench.

In addition to being a member of various bar associations, Justice Kipness has served on many boards in her community including the Dallas Little League and as den leader for Pack 55 Cub Scouts Den 3 for four years. She also volunteers as team manager for her son’s club lacrosse team. Justice Kipness is an avid tennis player and sports enthusiast especially when it comes to the Texas Longhorns.